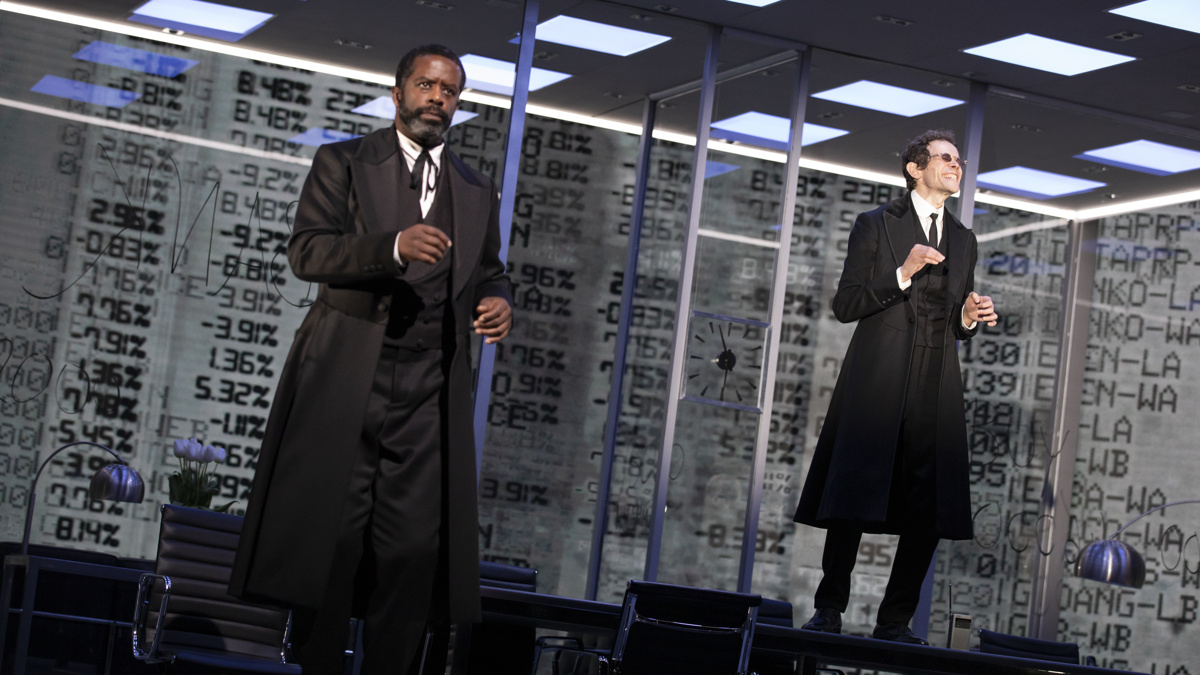 Stefano Massini’s The Lehman Trilogy, running at the Nederlander Theatre through January 2, 2022 and directed by Tony winner Sam Mendes, stars Simon Russell Beale, Adam Godley and Adrian Lester in formidable performances. At the outset, they play Henry, Mayer and Emanuel Lehman, three brothers arriving in America, determined for their fabric-selling business to succeed. From there, the number of characters that the trio of stars play throughout the show multiplies, spanning ages and accents. Broadway.com Editor-in-Chief Paul Wontorek met up with Lester, an Olivier Award winner, outside the theater to talk about the demands of the play on The Broadway Show.

“Sam [Mendes] was interested in paring away what was unnecessary and seeing how much we could do with very, very, very little,”
Lester said. “Sometimes it’s just a tiny prop or a gesture or a way of holding the shoulders, that tells everyone, ‘Now I’m being someone else.'” The three actors play about 53 characters throughout the course of each performance.

“I wasn’t a part of the original cast. I saw the show, and I was amazed at what the three actors achieved for the whole evening,” Lester explained. “Like many actors, I came away thinking, ‘That is a masterclass in acting and directing.’ When the chance came for me to be a part of it, I jumped at it, and it has been tough and hard and brilliant. I think we’ve been stretched as actors. Every time we do this show, we get a real workout.”

Watch the interview below, and head here to check your local listings for The Broadway Show. Hosted by Emmy-winning anchor Tamsen Fadal, it is the only nationally syndicated weekly theater news program.