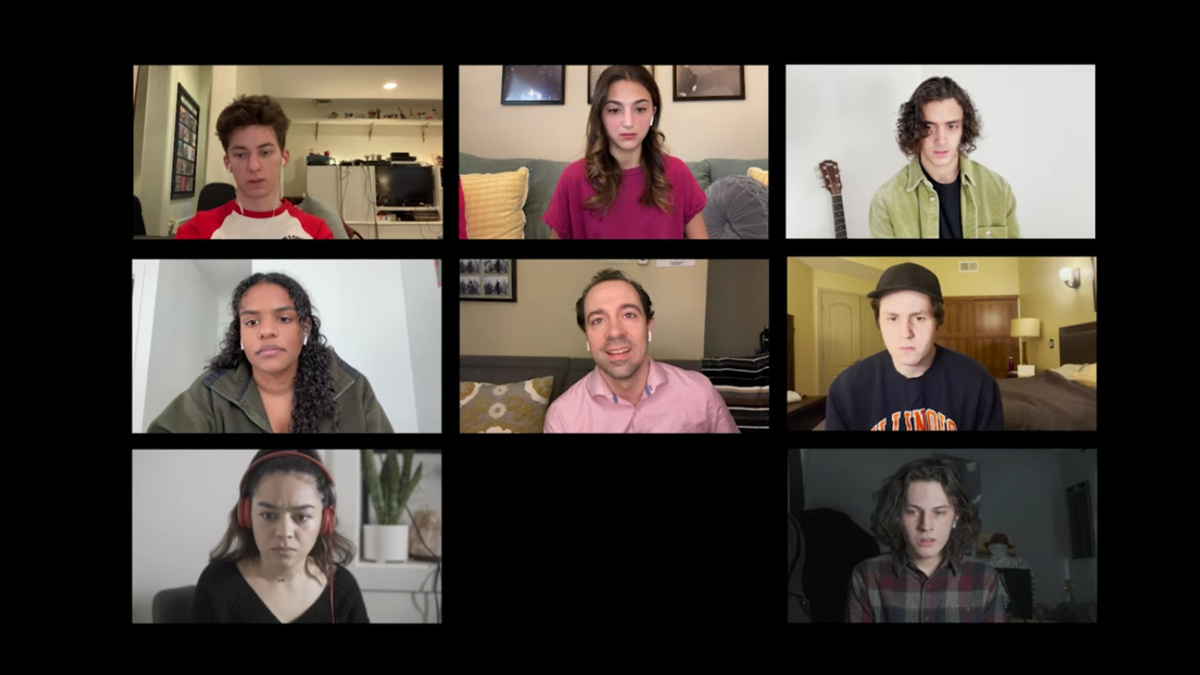 What would you do if the school musical you've been working on all year is suddenly cancelled and the drama teacher you see as a father figure is quickly dismissed from the school? In Thespians, the new digital short film written by and starring Almost Famous standout Casey Likes, watch as a group of high school students, played by a slew of young Broadway favorites, unravel in self-discovery as they learn what it means to not be able to do the thing that defines them.

While the film does take place over Facetime and centers around a cancelled musical, the reason is not COVID-19. Likes, who also produced and edited the piece, expertly transports the viewer to feel as though they are a valued member of the Thespians club and listening into the conversation. The intimacy of the filming allows the audience to reflect on their own lives as the students reveal the lies they've believed, what musical theater means to them, their true identities and more. In less than half an hour, Thespians gives an emotional range to rival any fully-staged production.

Watch the full film below!