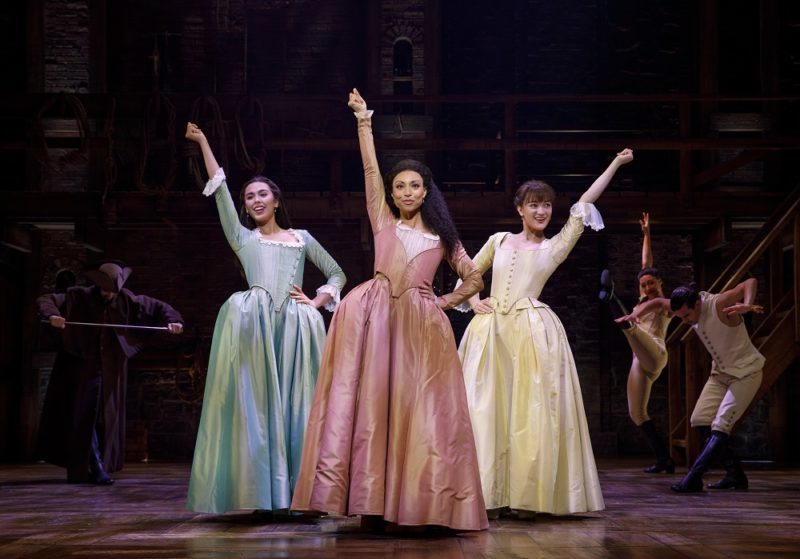 The biggest hits on Broadway are headed to Boise as part of the just-announced Broadway In Boise 2020-21 season at The Morrison Center!

Learn more about all of the exciting Broadway shows headed to Boise below:

This holiday season, discover the perfect gift for everyone on your list! Start with a timeless tale of joy and goodwill, fill it with classic Irving Berlin songs, top it off with glorious dancing and lots of snow and head on over to your local theater to see Irving Berlin’s White Christmas. This must-see classic is presented in a lavish new production that The New York Times says to “put on your wish list.” Irving Berlin’s White Christmas tells the story of a song-and-dance team putting on a show in a magical Vermont inn and falling for a stunning sister act in the process. Full of dancing, laughter and some of the greatest songs ever written! Give everyone the gift they’re dreaming of with this merry and bright holiday musical.

Cats, the record-breaking musical spectacular by Andrew Lloyd Webber that has captivated audiences in over 30 countries and 15 languages, is now on tour across North America! Audiences and critics alike are rediscovering this beloved musical with breathtaking music and stunning choreography. Winner of seven Tony Awards, including Best Musical, Cats tells the story of one magical night when an extraordinary tribe of cats gathers for its annual ball to rejoice and decide which cat will be reborn. The original score, including one of the most treasured songs in musical theater, “Memory,” new choreography by Andy Blankenbuehler (Hamilton), and direction by Trevor Nunn (Les Misérables) make this production a new Cats for a new generation. Experience Cats for the first time as it begins a new life, or let it thrill you all over again!

Hamilton is the story of America then, told by America now. Featuring a score that blends hip-hop, jazz, R&B, and Broadway, Hamilton has taken the story of American founding father Alexander Hamilton and created a revolutionary moment in theatre—a musical that has had a profound impact on culture, politics, and education. With book, music, and lyrics by Lin-Manuel Miranda, direction by Thomas Kail, choreography by Andy Blankenbuehler, and musical supervision and orchestrations by Alex Lacamoire, Hamilton is based on Ron Chernow’s acclaimed biography. It has won Tony, Grammy, and Olivier Awards, the Pulitzer Prize for Drama, and an unprecedented special citation from the Kennedy Center Honors. The Hamilton creative team previously collaborated on the 2008 Tony-winning Best Musical In the Heights.

Roald Dahl’s amazing tale is the golden ticket that is touring the imagi-nation! It’s the perfect recipe for a delectable treat: songs from the original film, including “Pure Imagination,” “The Candy Man” and “I’ve Got a Golden Ticket,” alongside a toe-tapping and ear-tickling new score from the songwriters of Hairspray. Willy Wonka, world famous inventor of the Everlasting Gobstopper, has just made an astonishing announcement. His marvelous—and mysterious—factory is opening its gates…to a lucky few. That includes young Charlie Bucket, whose life definitely needs sweetening. He and four other golden ticket winners will embark on a mesmerizing, life-changing journey through Wonka’s world of pure imagination. Entertainment Weekly says Charlie and the Chocolate Factory is “a big treat ready to satisfy any sweet tooth looking for a golden ticket!” Get ready for Oompa-Loompas, incredible inventions, the great glass elevator, and more, more, more at this everlasting showstopper!

Broadway’s Come From Away is a Best Musical winner all across North America! This New York Times Critics’ Pick takes you into the heart of the remarkable true story of 7,000 stranded passengers and the small town in Newfoundland that welcomed them. Cultures clashed and nerves ran high, but uneasiness turned into trust, music soared into the night, and gratitude grew into enduring friendships. Don’t miss this breathtaking new musical written by Tony nominees Irene Sankoff and David Hein, and helmed by Tony-winning Best Director Christopher Ashley. Newsweek cheers, “It takes you to a place you never want to leave!” On 9/11, the world stopped. On 9/12, their stories moved us all.

For more information about the series and the benefits of being a subscriber, click here.