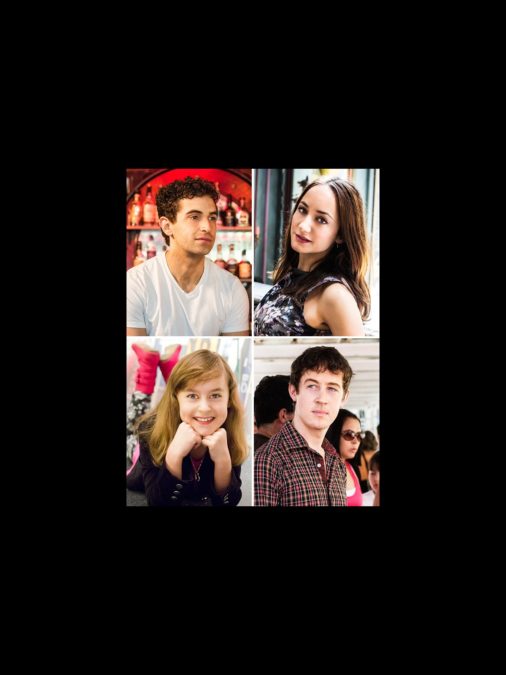 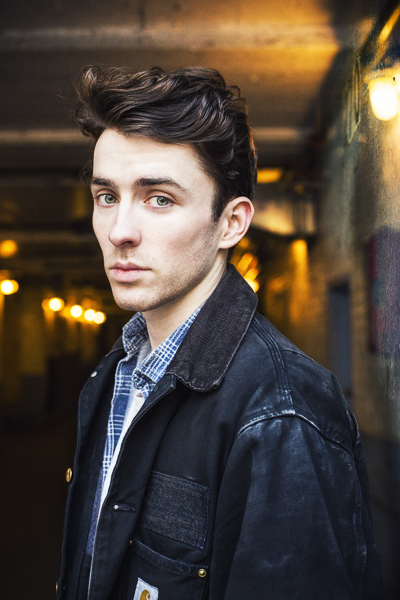 MATTHEW BEARD
Edward in Skylight
Skylight is Matthew Beard's Broadway debut, but it isn't his first time working with co-star Carey Mulligan. The pair previously appeared on the big screen in When Did You Last See Your Father? in 2007 and An Education in 2009. The actor, who calls Sheffield home, has had insomnia since his move to New York City. "It feels like the city whizzes by your window," he said, "and all you have to do is step out your front door to join the wave." 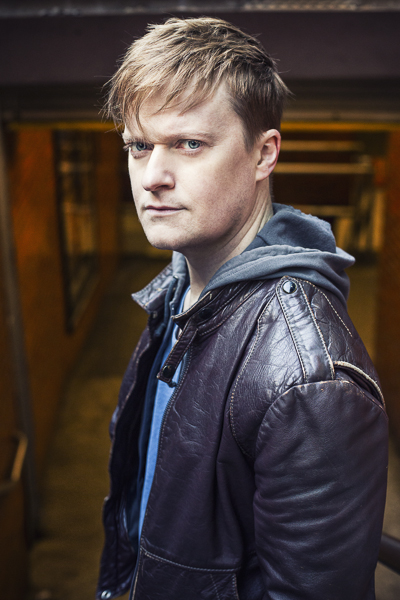 STEVEN BOYER
Jason in Hand to God
This Tony nominee isn't technically a Broadway newbie—he cut his teeth playing Gilley in the 2002 revival of I'm Not Rappaport—but his explosive performance as a troubled teen and his posessed sock puppet Tyrone has the theater scene buzzing. Before his big break, he upstaged Leonardo DiCaprio in a bit part in The Wolf of Wall Street and proposed to his wife Emily on a kiss-cam at an NBA game. 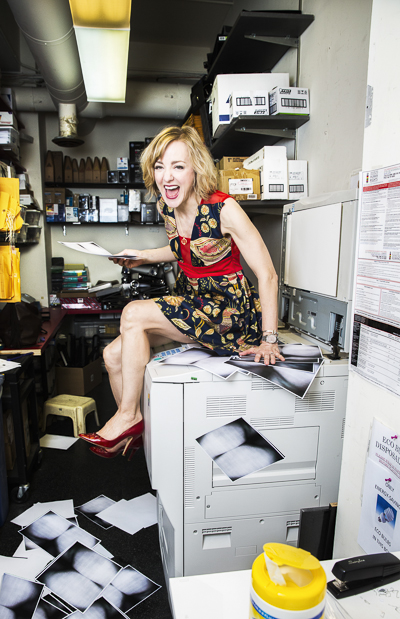 GENEVA CARR
Margery in Hand to God
While Carr isn't quite as crazy as her character in Hand to God, she's got a great life story. After living in 11 states, she settled down with her husband, a "handsome, smarty-pants architect from Tokyo" whom she met on OKCupid. While the 44-year-old is making her Broadway debut, you might recognize her as AT&T's nagging "Rollover Mom," a gig that paid for her apartment. 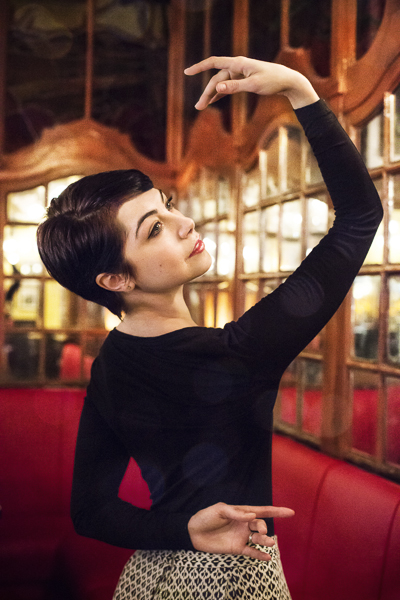 LEANNE COPE
Lise in An American in Paris
A British ballerina turned Broadway star, Cope is the very definition of poise in An American in Paris—but in her Fresh Face feature, she revealed her obsession with trashy reality TV (especially The Only Way Is Essex, which is the UK's answer to Jersey Shore) and her shower cubicle audition for the musical's director and choreographer Christopher Wheeldon. 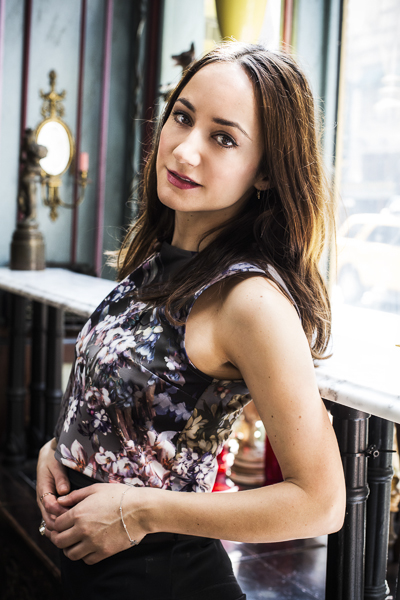 LYDIA LEONARD
Anne Boleyn in Wolf Hall Parts One & Two
After wowing London audiences as Anne Boelyn in Wolf Hall Parts One and Two, she's reprising her powerhouse performance on Broadway (in an extremely tricky corset). Although Leonard isn't a singer, she's dreaming of taking singing lessons so she can one day play Sally Bowles in Cabaret…and maybe Elphaba in Wicked! 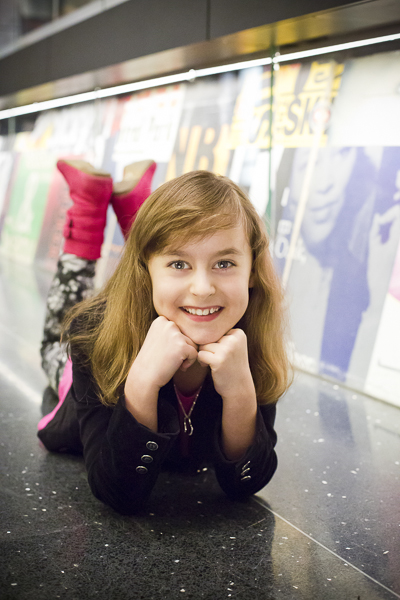 SYDNEY LUCAS
Small Alison in Fun Home
When we first met Sydney Lucas, she was a 10-year-old bundle of energy taking on the tough role of young Alison Bechdel in the new musical Fun Home at the Public Theater. She's now reprising her role on Broadway, and while she's a little bit older and wiser, her performance is just as powerful. "People ask me, 'What do you want to be when you grow up?'" she said. "And I tell them, 'I'm already doing it. I can't change!" 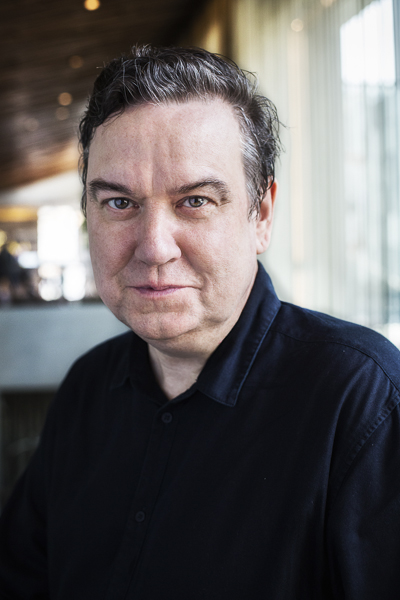 RICHARD McCABE
Harold Wilson in The Audience
It's his first time on Broadway, but McCabe has played a Prime Minister three times before on stage and screen. "It's strange, because I would be a lousy politician," he said. "I couldn't keep up that pretense all the time." But he's happy to keep up the pretense on stage, especially if it means improvising with fellow Tony nominee Helen Mirren. 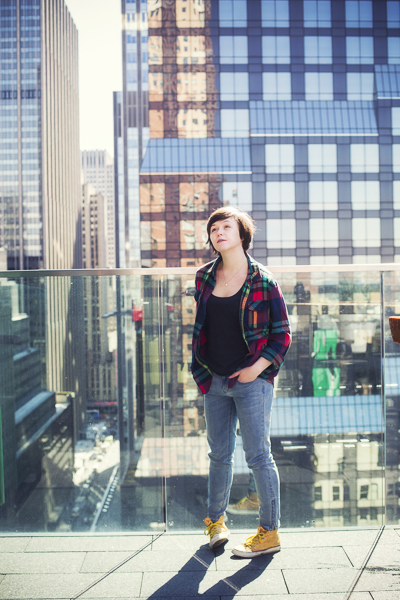 EMILY SKEGGS
Medium Alison in Fun Home
The Broadway newbie grew up seeing theater in New York City, but as a kid, she was more interested in being an animal than an actor. "My parents used to call me the Wolf Child because I was a really rambunctious kid," she said. "I would get into these horrible temper tantrums where I would snarl and bite people." 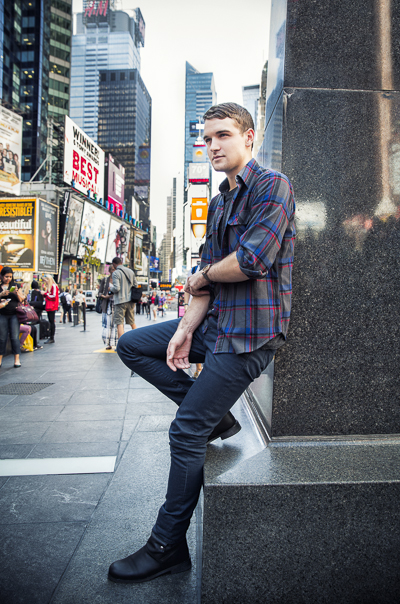 MICAH STOCK
Gus in It’s Only a Play
There's a reason Micah Stock is so adept at playing coat check boy Gus in the star-packed revival of It's Only a Play—he actually was a coat check boy before making his Broadway debut! The star, who was the only actor in the Terrence McNally comedy nominated for a Tony Award, is still awestruck about appearing alongside Nathan Lane and Matthew Broderick. "I'm spoiled just to even be on the poster, let alone be on stage with them," he told Broadway.com. 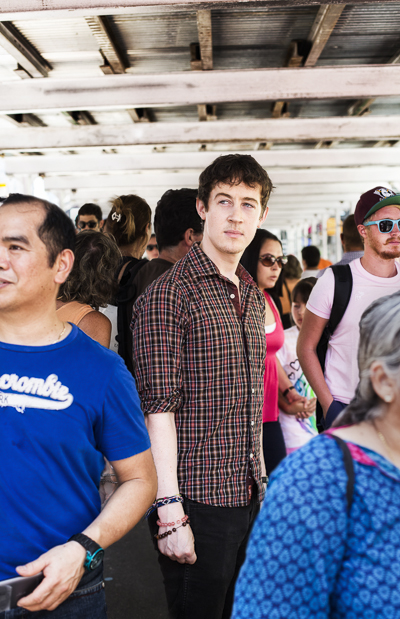 ALEX SHARP
Christopher in The Curious Incident of the Dog in the Night-Time
Plucked straight from Juilliard (which he called "a fairly traumatic experience"), 25-year-old Sharp's performance in Curious Incident is the talk of the town. But before he was a Broadway star, he was building tables to pay his rent. "I found all of these distressed wood tables for sale at extraordinary prices online, so I went to Home Depot, made the tables and starting selling them," he said. "I have a more glamorous job now." 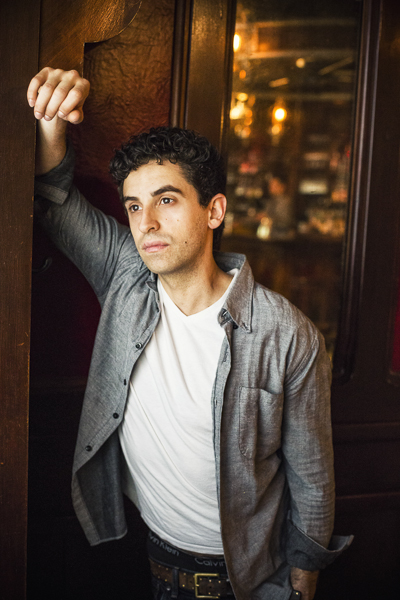 BRANDON URANOWITZ
Adam in An American in Paris
While Brandon Uranowitz is fairly new on the Broadway scene (he made his debut in the 2011 jukebox musical Baby It's You!), at age 10 he was the only star of Toronto's Ragtime who did not get cast in the Broadway transfer. "I looked too Jewish," he told Broadway.com. "They dyed my hair and eyebrows every two weeks. Imagine me with foils on my head and white shit in my eyebrows."