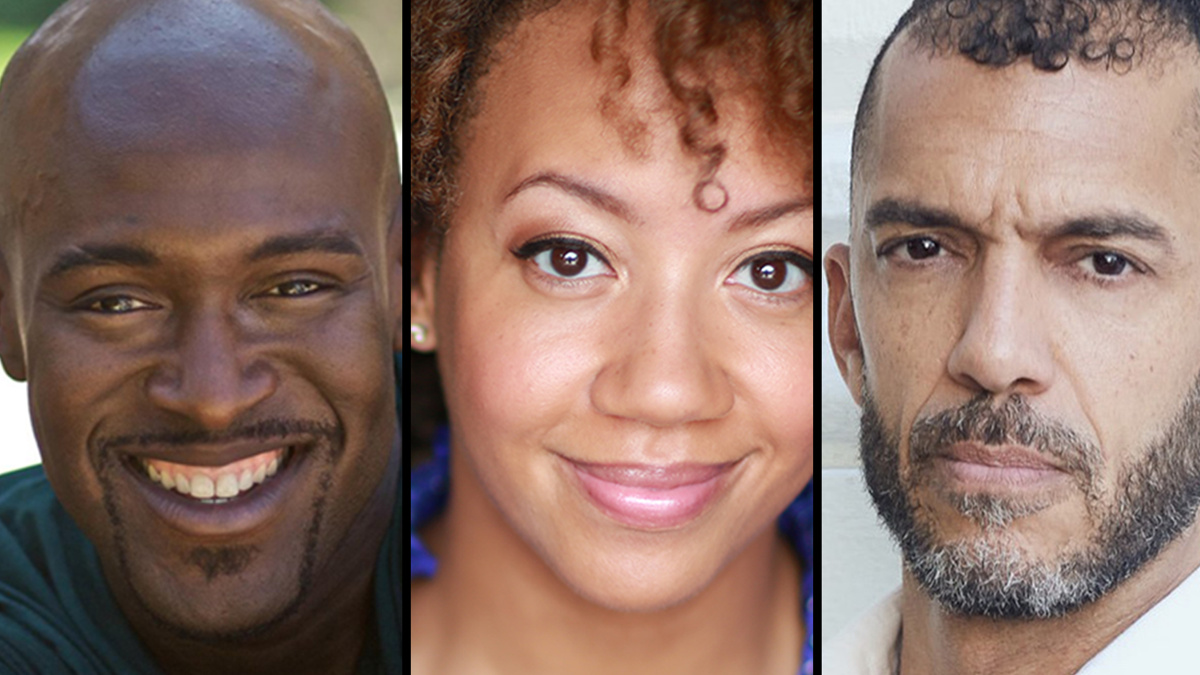 As previously announced, Aladdin star Michael James Scott has joined the team of Broadway.com’s popular daily live news show #LiveatFive to host a weekly roundtable discussion with theater stars. This week’s episode will air on July 21 at 5PM ET and feature Broadway’s John Eric Parker, Ariel Reid, Dennis Stowe, Tracee Beazer and Nick Rashad Burroughs talking about what it’s like to be a successful ensemble member. Each #LiveatFive episode is broadcast live on Broadway.com’s Facebook and YouTube account. The interview will also be available as a podcast on iTunes and Spotify.

Beazer was part of the Broadway cast of Frozen at the time of the shutdown, which caused the production to announce it had played its final performance. She has seven other Broadway credits, including Something Rotten, Memphis and Hairspray. Beazer was part of the touring production of All Shook Up and appeared in the cult-favorite 2003 film Camp.

Burroughs is a member of the Broadway cast of Tina and understudies the role of Ike Turner. He previously appeared in King Kong and Kinky Boots.

Parker’s Broadway credits include The Book of Mormon, Rent, Memphis and All Shook Up. He was seen on the road in Rent and The Wiz.

Reid is the current dance captain for Broadway’s Aladdin and has previously appeared in Spamalot and Elf. She was part of the national touring production of 42nd Street and was seen in the one-night special event of Chance & Chemistry: A Centennial Celebration of Frank Loesser.

Stowe is part of the Aladdin company where he is the standby for both Jafar and the Sultan. His stage credits include Annie, Shrek, Dirty Rotten Scoundrels and more. He toured with the company of Copacabana and was part of the 2001 special concert of Dreamgirls featuring Audra McDonald, Lillias White and Heather Headley.

This will mark Scott’s sixth roundtable episode. He has been with Aladdin since the show premiered on Broadway in 2014. He was originally acting as a standby on Broadway and later went on to lead the Australian, national tour and Broadway productions. He was also a Broadway.com vlogger. Scott’s other Broadway credits include Something Rotten, The Book of Mormon, Hair, Mamma Mia! and more.