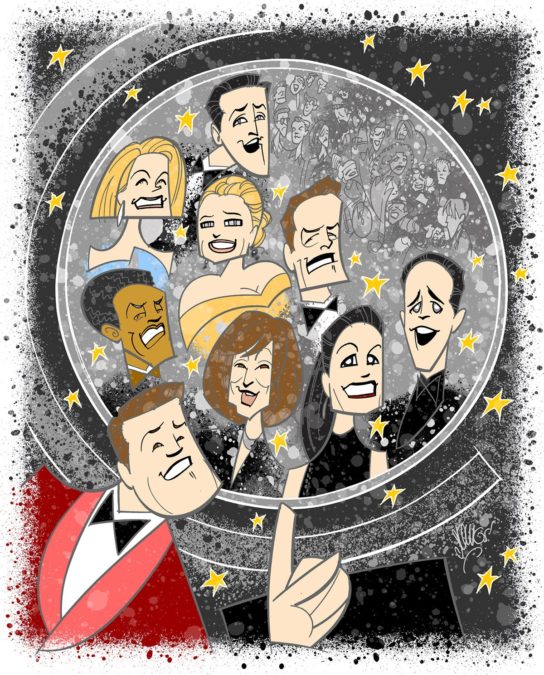 The 73rd Annual Tony Awards ceremony was filled to the brim with charm. Emceed by Tony-winning stage alum and small-screen star James Corden, this year’s Tonys, held on June 9 at Radio City Music Hall, featured classy humor and a number of milestones important to Broadway.

With awards going to celebrated new works and unique, groundbreaking revivals, stage fans of every taste had reason to cheer. And even if your choice to win didn’t come out on top, it was pretty clear that the stars attending the event at Radio City Music Hall were having a blast.

About the Artist: With a desire to celebrate the magic of live theater and those who create it, and with a deep reverence for such touchstones as the work of Al Hirschfeld and the wall at Sardi’s, Squigs is happy and grateful to be among those carrying on the traditions where theater and caricature meet. He was born and raised in Oregon, lived in Los Angeles for quite a long time and now calls New York City his home.