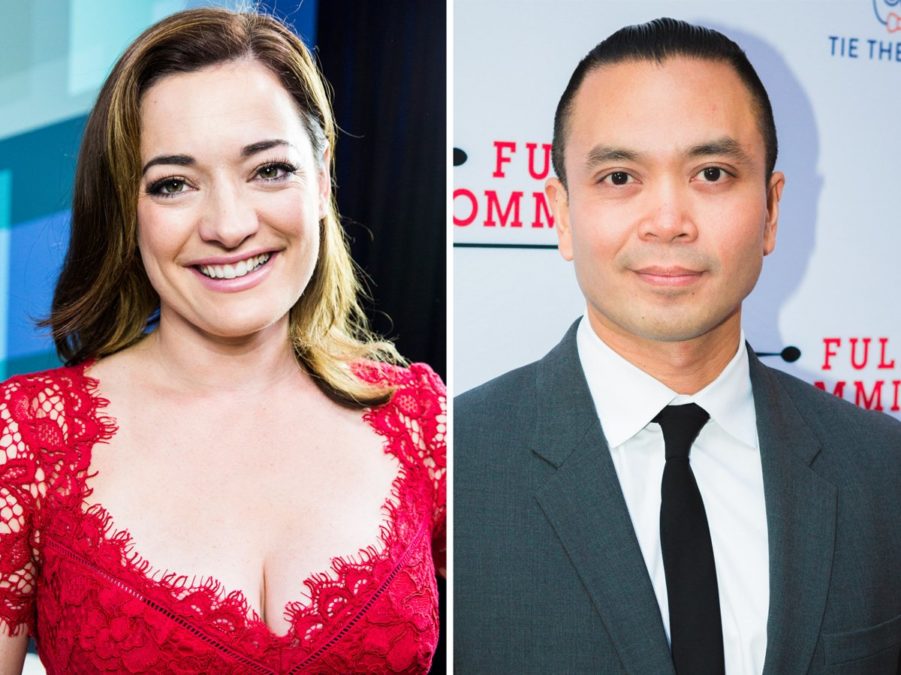 Let's all whistle a happy tune for this casting news! Olivier Award winner Laura Michelle Kelly and Jose Llana will star as Anna Leonowens and the King of Siam, respectively, in the upcoming national tour of Rodgers + Hammerstein's The King and I. The touring production of the Tony Award-winning musical revival will launch on November 1 in Providence, Rhode Island, before continuing to additional cities across the country.

“Jose was so superb on Broadway in The King and I that I begged him to join us on the tour and l feel we are incredibly lucky to have him. He brings such joy and virility and strength to the King. And he is one of Broadway's great talents,” said director Bartlett Sher, in a statement. “Laura Michelle has one of the best voices on Broadway matched with an extraordinary heart. Her work on Finding Neverland and Mary Poppins distinguished both of those shows with her natural grace and joy. She will be an exquisite Anna Leonowens.”

Kelly recently starred as Sylvia Llewelyn Davies in the Broadway.com Audience Choice Award-winning musical Finding Neverland. She took home an Olivier Award for the title role in the West End's Mary Poppins—a performance she later reprised on Broadway. Kelly has also appeared on the Great White Way in Fiddler on the Roof and on the London stage in Speed the Plow, Les Miserables and Peter Pan. Kelly previously starred as Anna Leonowens in a production of The King and I at The Muny in August 2012.

Llana returns to the role of the King of Siam after two starring engagements in the Tony-winning Lincoln Center revival of The King and I. His other Broadway credits include Wonderland, The 25th Annual Putnam County Spelling Bee, Flower Drum Song, Rent, Streetcorner Symphony and the 1996 production of The King and I, in which he performed the role of Lun Tha. On screen he has been seen in Hitch and Sex and the City.

In addition to Kelly and Llana, the cast of The King and I will feature Joan Almedilla as Lady Thiang, Brian Rivera as Kralahome, Manna Nichols as Tuptim, Kavin Panmeechao as Lun Tha, Anthony Chan as Prince Chulalongkorn, Graham Montgomery as Louis Leonowens and Baylen Thomas as Captain Orton/Sir Edward Ramsey.

Rodgers and Hammerstein's classic musical, set in 1860s Bangkok, tells the story of the unconventional and tempestuous relationship between the King of Siam and Anna Leonowens, a British schoolteacher, whom the imperious King brings to Siam to tutor his many wives and children.

Directed by Bartlett Sher, the Lincoln Center revival of The King and I received four 2015 Tony Awards, including Best Revival of a Musical and Best Costume Design of a Musical.