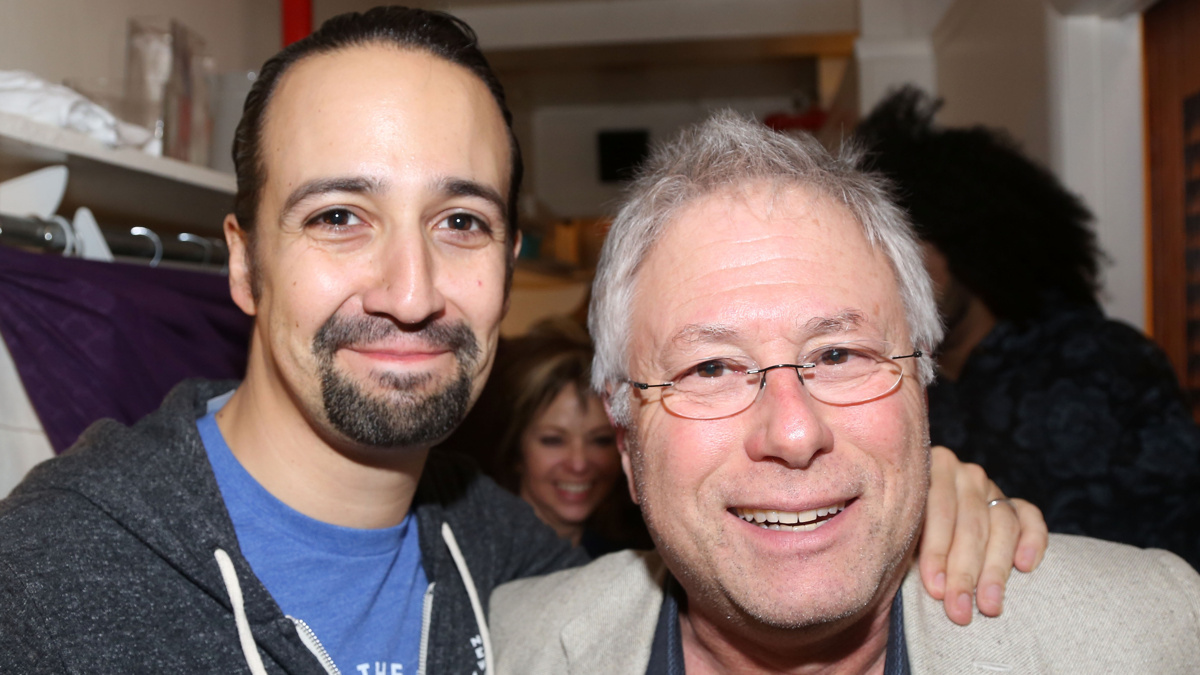 Get ‘Up Close and Personal with Alan Menken’ for a Great Cause
Fresh off of Alan Menken achieving EGOT status, fans can enjoy an evening of music and storytelling from the legendary composer. An Evening with Alan Menken will take place on August 6 at 5PM PT (8PM ET). The night will include Up Close and Personal with Alan Menken, a VIP chat between Menken and his longtime collaborator, former Disney music executive Chris Montan, followed by a Q&A session. There will then be a special performance of selections from Menken’s musical works, Disney and otherwise. Menken will be joined by Lin-Manuel Miranda, who is working with him on additional songs for The Little Mermaid live-action remake. Proceeds from the event will support the Walt Disney Family Museum’s education programs, which provide arts and animation instruction to the next generation of creative talent. Wish you could be part of their world? Head here.

Don McLean’s Chart-Topper ‘American Pie’ Inspires Musical
Next year, singer-songwriter Don McLean’s hit song “American Pie” will turn 50. The anniversary will be commemorated with a documentary, a children’s book and according to McLean, a stage musical. Development of the musical, which is aiming for a debut in 2022, will be helmed by producers Corey Brunish (Beautiful: The Carole King Musical) and Russell Miller. “It’s going to be a story pretty much like my life has been,” McLean said in a statement. “It’s going to be using many of my songs, ‘American Pie’ being the touchstone. So it’s got to be something that the average person is going to feel good about.” Watch this space!

Tina Scribe Katori Hall’s P-Valley Renewed
Starz has already ordered a second season for P-Valley, Tina bookwriter Katori Hall’s TV series based on her play Pussy Valley. Deadline reports the renewal follows strong summer viewership. Hall serves as the showrunner and executive producer for the series, which premiered on July 12. The drama tells the story of a little-strip-club-that-could and the big characters who come through its doors.

Amanda Kloots Gives Back with Proceeds from T-shirt Line
Hooray for Amanda Kloots! Following her husband Nick Cordero’s passing from complications with COVID-19, she is releasing a series of T-shirts to help those in need. Those who follow Kloots on Instagram may have already gotten a glimpse of her “Hooray” shirts. The Today Show reports that new shirts with the phrases “Hooray for Live” and “Hooray for Healthcare Heroes” will benefit the World Health Organization’s COVID-19 Response Fund. Get more info on the business Kloots created with her sister Anna here.

Robbie Fairchild’s In This Life to Air on August 5
Tony nominee Robbie Fairchild‘s 2019 short film In This Life will air on ALL ARTS on August 5, marking its broadcast premiere. In five acts, the film explores the language of loss through dance, narrative scenes and performance art, conveying the complexity of grief in the often wordless way it impacts lives. Directed by Bat-Sheva Guez, who co-wrote the short with Fairchild, In This Life features Fairchild, Kathleen Laituri, Heather Lang, Rico Lebron, Martha Nichols, Michael Rosen, Ahmad Simmons, Ryan Steele, Abby Stephensen, Cassandra Surianello, and Julien Valme and choreography by Fairchild, Warren Craft, James Alsop, Andrea Miller and Tony winner Christopher Wheeldon (who directed and choreographed An American in Paris, in which Fairchild starred).