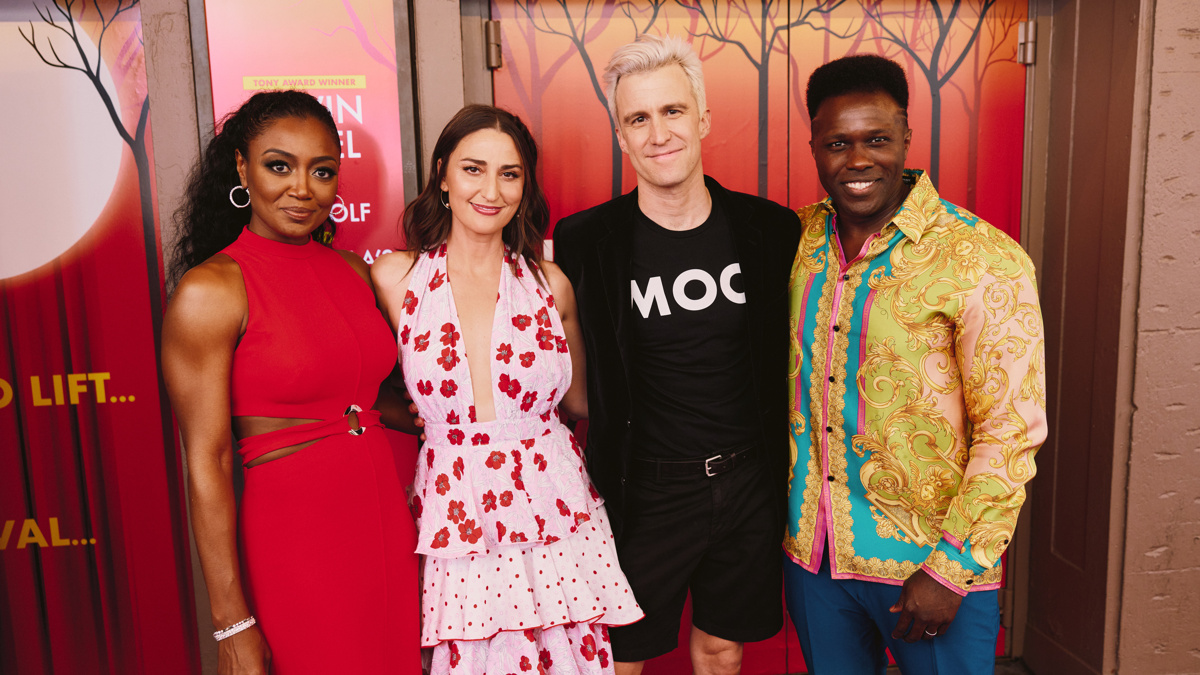 Stephen Sondheim and James Lapine’s Into the Woods is back on Broadway after a sold-out Encores! engagement at City Center in the spring. The revival, led by Patina Miller, Sara Bareilles, Brian d’Arcy James, Gavin Creel, Joshua Henry, Phillipa Soo and more, officially opened at the St. James Theatre on July 10. The production, directed by Lear deBessonet will play a limited engagement ending on August 21.

“Little girl dreams coming true, man. I think I always thought that I would be in theater,” Bareilles said. She plays the Baker’s Wife in her first Broadway stage role since starring in Waitress, which she received a 2016 Tony nomination for scoring. The Grammy winner, who hosted the Tony Awards alongside Josh Groban in 2018, has always been vocal about her love for the theater: “When I went and took a left turn into pop music and being a songwriter, that was not what I thought my life was going to look like. So this—it feels like coming home in a really beautiful way.”

Into the Woods also marks a return for Pippin Tony winner Miller, who is playing the Witch. “We’ve taken all these fairy tales, and we’re really able to go so deep within them,” she said. “Hopefully, when people hear this music and see what we’re doing on stage, they’re inspired to not give up, to go and find their moment in the wood and go for the things that they wish for.”

Watch video below, and head here to check your local listings for The Broadway Show. Hosted by Emmy-winning anchor Tamsen Fadal and powered by Broadway.com, it is the only nationally syndicated weekly theater news program.