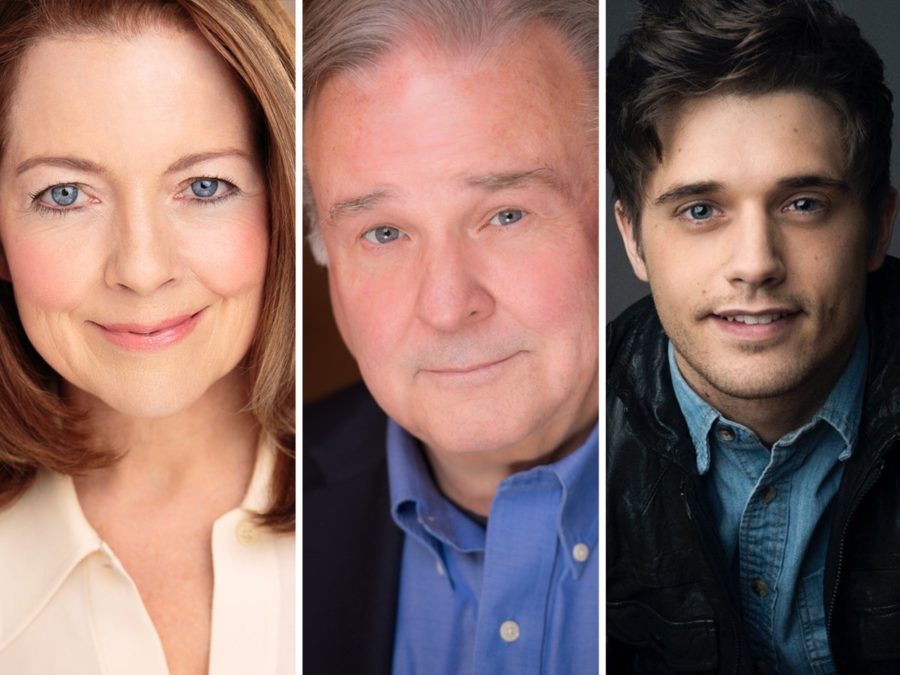 Congratulotions are in order! Tony nominee Isabel Keating and Broadway favorites Fred Applegate and Andy Mientus will join the national tour of Wicked as Madame Morrible, The Wizard and Boq, respectively. The three stars will join the blockbuster musical tour beginning November 22, when Wicked plays the Wharton Center in East Lansing.

Keating garnered a Tony Award nom for playing Judy Garland in The Boy from Oz. Her other Broadway credits include Hairspray, Enchanted April, Spider-Man, Turn Off the Dark and It’s Only A Play. Applegate recently played the role of The Wizard on Broadway last year, and his additional Broadway credits include Tuck Everlasting, The Last Ship, Sister Act, La Cage aux Folles, Young Frankenstein and The Producers. Mientus is best known for his role as Kyle Bishop in the hit television series Smash. Most recently, he starred in the Deaf West Theatre Company’s Broadway revival of Spring Awakening and the 2014 Broadway revival of Les Miserables.

The Broadway sensation Wicked looks at what happened in the Land of Oz…but from a different angle. Long before Dorothy arrives, there is another young woman, born with emerald-green skin, who is smart, fiery, misunderstood, and possessing an extraordinary talent. When she meets a bubbly blonde who is exceptionally popular, their initial rivalry turns into the unlikeliest of friendships…until the world decides to call one “good” and the other one “wicked.” Fun for the whole family, Wicked's Grammy-winning score features songs like “Defying Gravity,” “Popular,” “The Wizard and I” and “For Good.”

Based on the novel by Gregory Maguire, Wicked has music and lyrics by Stephen Schwartz, and a book by Winnie Holzman. The production is directed by Joe Mantello with musical staging by Wayne Cilento.