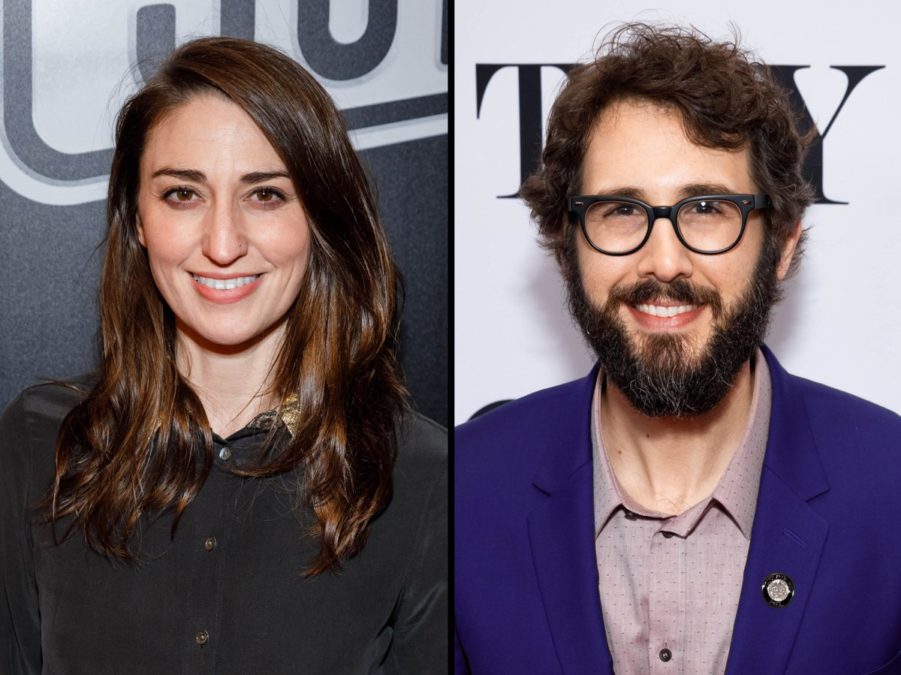 The Tony Awards have announced that singer, songwriter and Tony nominee Sara Bareilles and Tony-nominated actor, singer and songwriter Josh Groban will co-host the 72nd Annual Tony Awards live from Radio City Music Hall on June 10 at 8:00pm. The ceremony will be broadcast live on CBS.

“The theater has completely transformed my life in every way possible. I have never felt more embraced and encouraged by a professional community, and I am so grateful for that,” said Bareilles. “I feel incredibly lucky to get to spend an evening celebrating and applauding this outstanding collective of artists, friends, collaborators and creatives. It is my great honor to join my friend Josh Groban in hosting the Tonys this year, and use the opportunity to simply say a heartfelt thank-you to this wonderful community…in high heels, with jokes.”

“I am humbled and ecstatic to be co-hosting the Tony Awards this year with such a brilliant artist and wonderful friend, Sara Bareilles. The dedication and inspiration surrounding live theater gave me my life path as a young kid and the warmth and support of the Broadway community has been the highlight of my career,” said Groban. “So to be at the helm of a night celebrating the best of theater with a person I just laugh way too much with is beyond words. But I will have words on Tony night! The best words! I look forward to flailing about in front of my peers. It will be with all the love and respect in the world for the room we're lucky enough to be in.”

This will be both Bareilles and Groban’s first time hosting the Tony Awards. Both recently starred in Broadway shows: Bareilles in Waitress, for which she also composed the music and lyrics, earning her first Tony nomination. Groban led the cast of Natasha, Pierre and the Great Comet of 1812, for which he received a Tony nomination for Best Leading Actor in a Musical.

Nominations for the 2018 Tony Awards will be announced on May 1. The cutoff date for Tony eligibility is April 26.