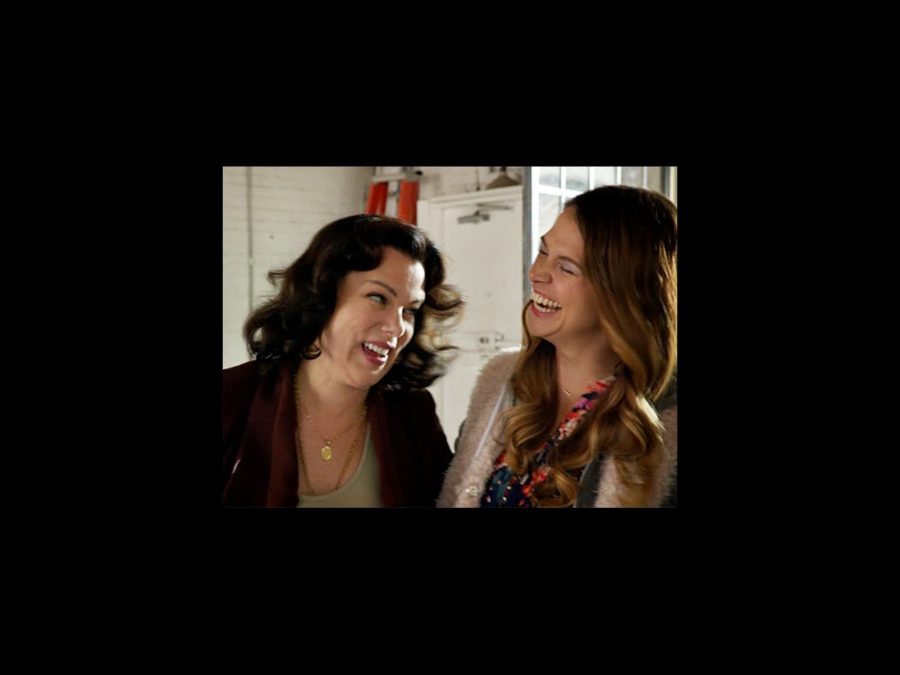 It’s time to get Younger! In this week’s episode, Sutton Foster doesn’t break as many beds as she did last week, but she does try a whole bunch of new things. It ranges from hot (like tossing out her thankfully shirtless boyfriend) to intimate (spoiler: we reference Hilary Duff’s lady parts below) to nostalgic (clap clap clap clap). Friendships are put to the test as Liza faces fresh experiences with pals both younger and older. Check it all out below.

Liza Tries the Stride of Pride
OK, so Liza is having a lot of sex. Good for her. After actually breaking Josh’s bed last week, Liza sneaks her hot tattoo artist boyfriend out of Maggie’s apartment. Josh laments that he doesn’t even have his shirt on. LITERALLY NO ONE CARES. As he leaves, he accidentally breaks some of Maggie’s art (eek) and mistakes it for trash (double eek). Our favorite lesbian artist laughs it off and playfully chides Liza for her super exciting sex life.

Liza Tries…Fishing for Goddess Cups
Meanwhile, at the publishing firm, it’s all hands on deck. No, not actual work. We're talking about Kelsey's vagina. Liza's work BFF rushes out of a meeting to remove a mischievous menstrual cup. Liza, loyal as ever, (ignore the lying about her identity part for a sec), volunteers to assist in removing it. That’s friendship, friendship, just a perfect blendship!

Liza Tries Being There (F∙O∙R ∙ Y∙O∙U)
Liza accompanies Maggie to an art show, where Maggie hopes to schmooze in anticipation for her own forthcoming show. Kelsey and friends tag along. The show features portraits of the artist as the ENTIRE CAST of Friends. Liza then ditches Maggie to get drunk with her younger friends, but when Maggie gets dumped by the gallery, Liza isn’t there for her. It's an unwelcome role reversal; back in yesteryear, Maggie was the hip Brooklynite while Liza hosted book clubs in Jersey and drank Tequila Mockingbirds. Hey, we didn't know Liza was a Tim Federle fan!

Liza Tries Pretty Woman-ing Maggie
Liza feels terrible for not prioritizing her longstanding friendship with Maggie. So with the help of the aforementioned car service (told you!), Liza rolls up to the apartment, head sticking out of the sunroof with flowers and a recording of La Traviata. Yes, Liza is the Richard Gere to Maggie’s Julia Roberts and it’s the cutest thing to ever happen. They then go to an abandoned garage to meet Lauren and Kelsey, who convince Maggie that its the perfect spot for a gallery of her very own. We have to hand it to Kelsey for turning it out this week. On a related note, noticably absent this week was Thad. Hmm…

Diana's Statement Jewelry of the Week!
Trout Pout does not disappoint with yet another spectacular piece of power flair. This week, she’s showing off a gilded collar that’s giving us some serious ouroboros vibes. Is it possible that Diana has a fascination with ancient civilizations? Or with The [Title of Show] Show? Are you surprised to hear a five-dollar word like ouroboros in a Broadway.com Younger recap? Ouroboros, motherf*cker!