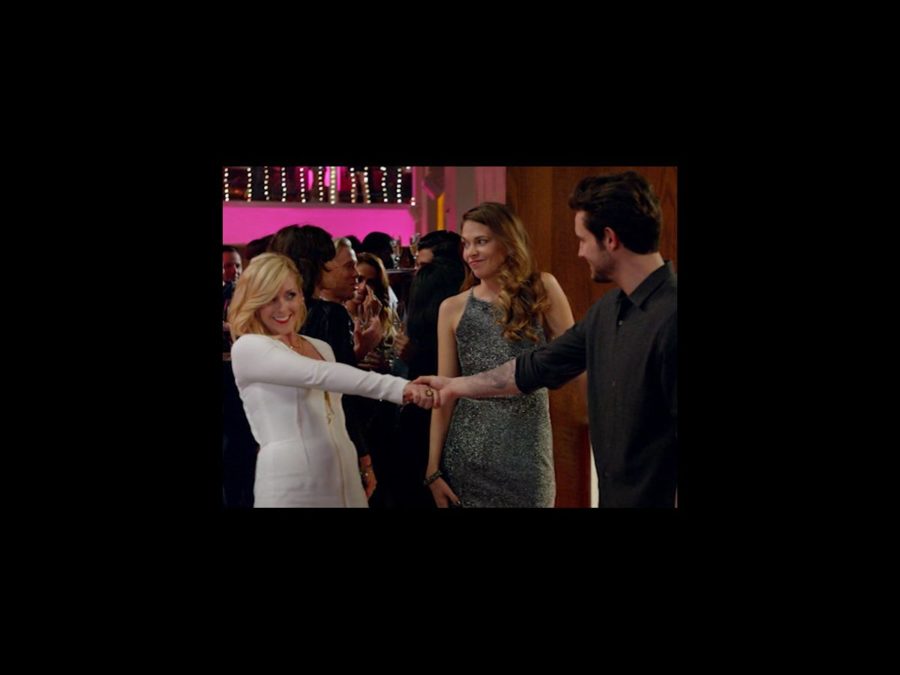 Sutton Foster Needs to Pick Up an Ice Pack After Younger: Episode 6

Liza, played by Tony winner Sutton Foster, has already proven that she can take charge and run the show on TV Land's Younger. This week, Diana hands over the reins and gives Liza her first major assignment. It’s a lot of responsibility, and she handles it like a pro, we couldn’t help but note that there were just a few items that would have come in handy. Here are just a few things Sutton Foster might want to pick up on her next errands run (in addition to some sanitary gloves after last week's Goddess Cup incident.)

Liza Needs an Ice Pack
Aww, the couple that works out together stays together. Or so we hear. The clandestine generational gap between Liza and Josh proves much too wide when the tattoo artist takes Liza to a CrossFit workout, complete with a verbal waiver for those over 40. This episode focuses on Liza the Working Girl, so get your Josh fix while you can. There’s this scene of him working out, the scene where Jane Krakowski lifts up his shirt and the scene in bed. That works for us.

Liza Needs a Kickass Party Plan
Empirical Press is organizing the launch party for Shedonism, the latest book by Annabelle Bancroft (played by…yay, Tony winner Krakowski). They even have T-shirts made! #Shedonism! #SlutPact! Kelsey insists on bringing Bjornberg, because she always manages to find the balance between terrible life decisions and professional integrity. Annabelle arrives early and gives Jenna Maroney’s unhinged need for attention and Jacqueline Voorhees’ Upper East Side demands a run for their money. She immediately takes a liking to Liza, who understands Annabelle’s thirst for what’s hip (read: younger).

Liza Needs, Um…Peacock
This one technically falls under “Kickass Party Plan,” but you’re welcome for this GIF of Sutton Foster screaming “cock!” Liza is the appointed point person for Annabelle’s party, and is therefore on a mission to secure some live peacocks. Diana won’t say it, but she’s putting a lot of trust in her assistant, and we so wish Liza were able to stop hiding behind her younger veil and connect with Diana like the insightful woman she is. Age may be just a number, but it’s one that’s preventing Diana from seeing how much Liza can help her.

Liza Needs a Band-Aid (For Annabelle)
Liza successfully wrangles some peacocks and a bunch of Twitter-happy millennials for Annabelle’s party. Everything that happens next is truly spectacular. Annabelle meets Josh and proceeds to lift up his shirt to see just where his dolphin tattoos lead (they lead to his junk). Annabelle makes a drunk toast (“Close your hearts and open your legs!”) Annabelle runs into a glass window. Twice.

Meanwhile, at Maggie’s…
Quick sidebar, folks. If there’s one thing this episode needed more of, it was that vine of Jane Krakowski running into a door Maggie’s incredible storyline at the party. Everyone’s favorite lesbian artist hears word that Courtney Austin is at the party and sets off to seduce her. This leads to Maggie (presumably) going to town on a nine-months-pregnant Renée Elise Goldsberry. Didn’t see that one coming, did you?

Liza Needs ANOTHER Ice Pack…
…For the incredible and dangerous burn she’s about to receive. Diana sees the whole mess go down on Twitter (using hashtags #Shedonism #SlutPact, we presume) and heads over to bail out Annabelle. But while buckling Annabelle in, Liza receives a shocking read: “Be careful with your hands, sweetie. They’re a dead giveaway.” Could this be the end of Liza’s game? Also, remember Kelsey? She’s making out with Bjornberg in an alley.

Diana's Statement Jewelry of the Week!
It’s our favorite time of the week, and Miriam Shor once again proves she is queen of the power necklace. But this is a very special week. Shor, Hedwig’s original Yitzhak, shows off a piece that is evidently from the “Origin of Love” collection. Note the sets of two halves, as if cut by lightning bolt scissors. Part daughter, part son, part Shor.