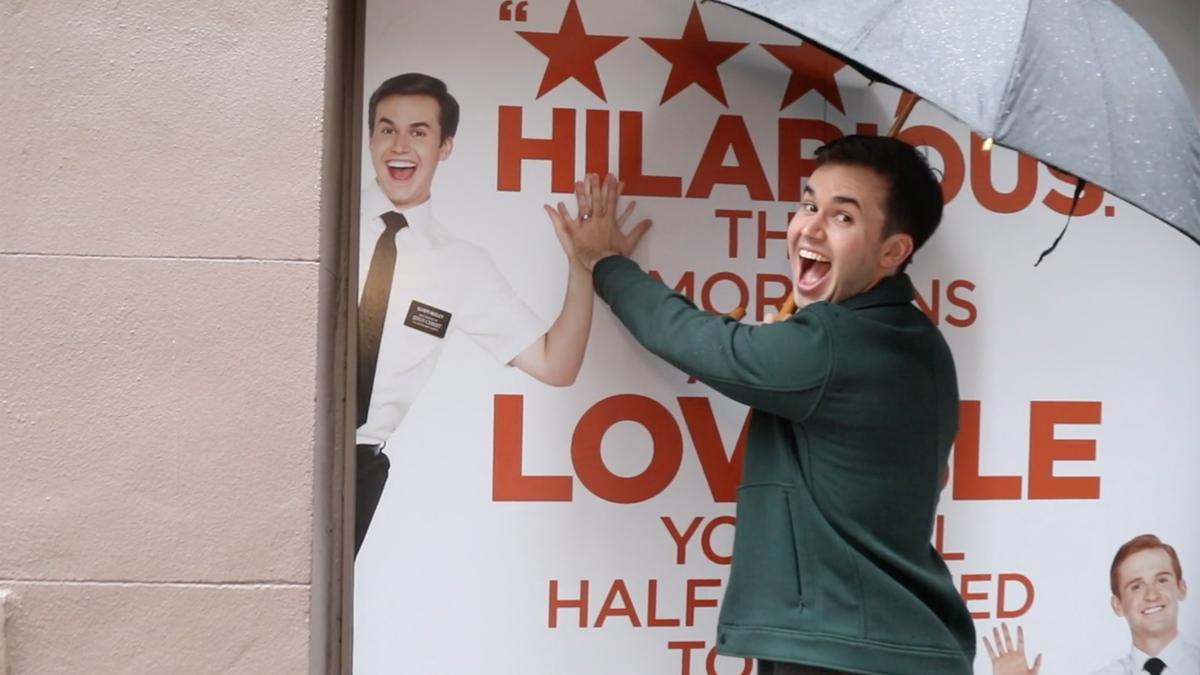 Credits: Kevin Clay made his Broadway debut when he joined The Book of Mormon as Elder Price in 2018. He performed in the production through April 2019 and returned to reopen the Tony-winning musical in November 2021. Clay has also appeared in both the North American and U.K. tour productions of The Book of Mormon.

“I was eight years old and I guess I showed some knack for singing enough that I was cast in Yankee Doodle Dandy. It’s classic as it gets. I was singing “Yankee Doodle Dandy” and “Give My Regards to Broadway” in this little George M. Cohan revue show for eight-year-olds.”

“The Book of Mormon first came out when I was a freshman in college. I was already a South Park fan, and I immediately got the cast album and was memorizing it and obsessed. The way that a lot of Broadway shows go I thought there was no way that this show is still going to be happening by the time I graduate. I was like, ‘This was my perfect show and I missed it. Five years later, I get a call to come in [for an audition]. A slot was opening up on the tour and that kickstarted my now six-year journey with the show.”

“This show has been my growing up. I very much feel like I started out the show as a kid. I became a standby for Elder Price and then eventually taking over as Elder Price—to me it’s madness. My face is on double-decker buses in London. I’m on one of the posters right outside the Broadway theater. It’s a dream.”

“Being in a comedy right now is really important, despite any of the adult humor or the crassness. For me it is a really hopeful show that is teeming with positivity. It’s really special to be a part of a show that is this genius.”

Watch the interview below, and head here to check your local listings for The Broadway Show. Hosted by Emmy-winning anchor Tamsen Fadal and powered by Broadway.com, it is the only nationally syndicated weekly theater news program.